And by egg toss, I do mean egg toss:

I have several things to show today, and most of them are in progress shots, mainly because I can't wait to share any more, so this post may get a little long. Sorry for that!

First off, a big, BIG thank-you to both Lace-Loving Librarian and Crazy Mom. While I'm not quite back to "normal" I am getting there, and both of your comments made me smile. Thank-you, ladies!

This past week has been filled with many things, so I'm going to try to take them one at a time. First off is attempt 1: 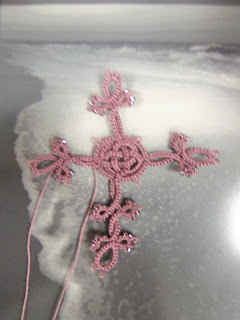 I couldn't really get a good picture of this, as I took it while I was at work. Anyone see why it's attempt 1? Well, silly me forgot a picot and 5 stitches on the first chain outside the knot, and by the time I found it I had already gotten three and a half arms done. See the beads, though? They are Delcias! Which reminds me..

Late last month, I had taken some time out while visiting M to run a few errends. There's a bead shop not far from his house, and look what I found: 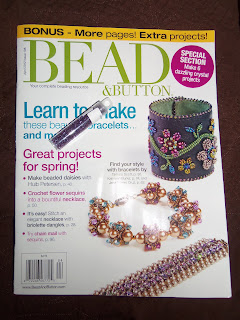 All in all it wasn't too bad. Spent $20 on two tubes of beads and the Bead and Button magazine that has Yarn Player's tutorial in it! I went there looking for it, as I haven't been able to find it at all anywhere else (though to be truthful, I didn't go to B&N.. I woulnd't have been able to buy the magizine for buying books! lol). Right inside the door was the magizine rack and there it was! I squealed, which amused the shop keeper.

Just before I left his house, I found out that I had gotten the promotion that I had been trying for since my birthday last year. As I was coming home, the lighting was beautiful outside and I snapped these pictures: 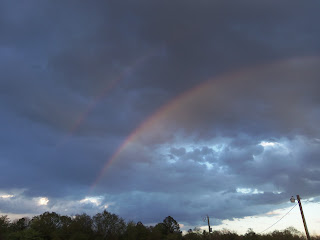 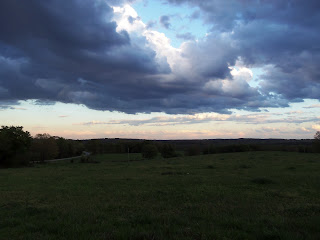 Inspiration! ;)
The first one was taken right outside my house, and the second was at the end of the road looking towards the south. While I was on the side of the road, I had a gentleman slow down to make sure everything was alright.

I have another tatting project that I'm working on, but I'll have to share later as I didn't take any pictures of it earlier.

I have tried starting this blog for several days, but haven't really been able to find the words that I wanted to say. Forgive me if this is a bit rambly -- there's been so much change in my life the past week that even my head is spinning.

First off, I have several projects in the planning stages, but the most important one is this one:

I've tatted this one a few times, but this time it's for a card to send to family. I had a family member pass away from CF, and it's one of the main reasons I'm off-kilter at the moment..

I also have a few hankies that I need to tat, and I think I'm going to go with the same edging that I used last year, but with different colors and beads. I found on the Tat Calendar where someone has created a corner for the edging, so we shall see how it goes.

All hankies are for co-workers who are getting married and/or getting ready to have a baby. If I had time, I'd knit up some washcloths, but I doubt I'd have the time.

Sorry for a non-picture post.. I'm really tired and really don't have anything to show for my absence. Hopefully I'll be able to share some tatting next time. 'Till then!
Posted by Katherinne McKay at 8:06 PM 2 comments: Links to this post